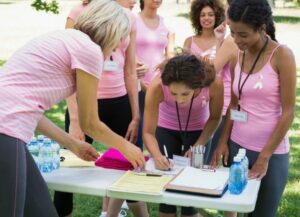 Are you trying to get the word out — either for a candidate or a cause you feel passionate about? Social media is great, but when online supporters turn into offline volunteers, your advocacy campaign reaches a new level.

Aisha Satterwhite of Blue State Digital, a leading digital-strategy agency, said, “Every group thinks its problems are different, but they’re often the same.” She said often a group uses conflicting messages for the same campaign, or a message that is so vague it won’t mean anything to people.

These five tips will help you match your message to your intended audience and motivate them to get off the sidelines for your cause.

Know how your audience communicates

Do the people you’re trying to reach respond to email? SMS texts? Will radio, print and other traditional media be most effective? For many advocacy campaigns, time spent knocking on doors produces better results than a hundred emails.

Macala Wright, a digital marketing strategist, suggests nonprofits with limited budgets take advantage of free resources to learn about online audiences. For instance, Google Analytics can tell you what country visitors to your website are from, where on your site they’re going and what devices (mobile, desktop, tablet) they’re using. “That’s information any organization can use to make informed decisions on how they’re messaging,” Wright said.

Figure out your messaging strategy

A good advocacy campaign has a core message, Wright said, and how you present that message determines how far it spreads. “There are three good ways to make your message appealing: humor, inspiration and enlightened education,” Wright said. “People share things that make them happy or make them want to learn more.”

Spur your audience to act

Know what it is you want your audience to do, and make sure the audience knows it too. Perhaps it is as simple as sharing your post on Facebook. Sign a petition? Attend a meeting? Vote for a candidate? If you’re asking for donations, Satterwhite advises that you “think what it would take for you to actually take money out of your pocket and give it to someone. How would you want them to approach you?”

Convincing someone to “like” your organization’s page on Facebook is easy; convincing him or her to host an event at home to raise funds for your organization is hard. These are examples of the bottom and top rungs of what media strategists call the ladder of engagement. By gradually asking more of your audience as it engages with you — to opt in for email updates, to make a small donation, to attend a live event, to knock on doors for your cause — you can convert an online bystander into an enthusiastic worker for your cause.

Both Satterwhite and Wright stress the importance of trying different approaches and learning from the results. For a social media posting, Wright advises trying the same message starting off with a question (“Have you thought about where your food comes from?”) and then again with a compelling fact (“Processed foods make up 70 percent of your community’s diet.”)

“Whatever has better traction in terms of share, engagement and reach,” said Wright, is the approach to use. But she said you must always try new things, because digital behaviors move very rapidly.”