Could an app help the speechless communicate? This Trinidadian thinks so.
By Young Leaders of the Americas Initiative
5 MINUTE READ 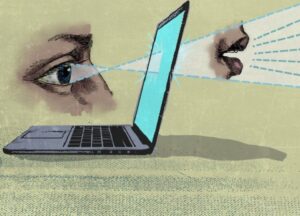 In 2010, when Kheston Walkins was pursuing his undergraduate degree in medical neuroscience, he discovered a passion for graphic design. He decided to start his own company, but was discouraged by friends who didn’t understand why he was taking the risk.

“Most people in Trinidad are risk averse — they want the lowest risk but the highest reward,” he explained. But Walkins wasn’t like that. “I don’t mind taking calculated risk … because I see it as a learning process.”

Walkins proved his friends wrong by launching Raiora Data Services, a digital publishing and marketing company. Located in his hometown of Chaguanas, the company offers design, videography and language services throughout Trinidad and Tobago.

Walkins hopes to eventually branch into medical technology. The 28-year-old is seeking funding for a project called Communicare, an application he started building in 2011 after an acquaintance died from complications brought on by a stroke.

Communicare is still under development, but the plan for the app is to use eye-tracking technology to enable patients whose speech is impaired by stroke or traumatic brain injury to communicate their needs. Walkins hopes patients will be able to simply look at different options on a computer screen and convey whether they want to eat or drink, take a bath or request other types of assistance.

Walkins said that launching his ventures taught him the importance of making connections.

In Trinidad and Tobago, getting a product known is about “who you know and who knows you,” he said. His participation in a Young Leaders of the Americas Initiative pilot program helped him connect with other young entrepreneurs across Latin America and the Caribbean, including one from Ecuador who is providing the communication platform for Communicare.

Getting people to share his product — or building what he calls “social currency” — is another lesson he’s learned. This is when your application or service not only affects the way people think, but also makes their lives better and “encourages them to share [your product] with others,” he said. “Once you get people sharing … it makes your business grow exponentially.”

Walkins hopes to keep building bridges between himself and other entrepreneurs in the region. “We need to get on … a train of our own devising,” Walkins said. “We have a lot of commonalities between us, and we can move forward together.”