This November, the United Nations honors the International Day for the Elimination of Violence Against Women. This day recognizes and celebrates the declaration passed by the U.N. General Assembly in 1993. Violence against women is defined as “any act of gender-based violence that results in, or is likely to result in, physical, sexual or psychological harm or suffering to women, including threats of such acts, coercion or arbitrary deprivation of liberty, whether occurring in public or in private life.”

An organization started by a YLAI Network member in Peru, Tejiendo Sonrisas, represents a team of activists working toward the goal defined by the U.N. Tejiendo Sonrisas focuses on human rights, environmental protection, sustainable production, and risk and emergency response.

To celebrate the work that our network members are doing to combat violence against women, we interviewed co-founder Hanz Heinz, who was enthusiastic to share his story.

Can you expand on why you launched Tejiendo Sonrisas?

My two friends and I started Tejiendo Sonrisas, a Peruvian nonprofit organization, on March 1, 2011. We saw very clearly that there are problems in our community and we saw it was important that somebody act on them. We want to sensitize more people about these problems.

Our goal is for women in our community to be able to fulfill their aspirations and achieve their own welfare, by promoting their participation and development of capacities that will determine their autonomy and future sustainability. Our work is aimed at building a more just and supportive society in which the universal rights of all men and women are guaranteed.

Our mission is to implement innovative proposals for social and economic inclusion in favor of populations at risk and vulnerability, such as farmer communities, indigenous populations, women, children, and adolescents.

What populations do Tejiendo Sonrisas focus on working with?

Women and children in the south of the district of Lima, Peru, who are vulnerable to human trafficking and sexual abuse. Often, they have not finished school and many have issues regarding trauma.

We also work with native communities of the Amazon, with whom we work to repel deforestation, illegal mining and, many times, the lack of state intervention in these problems.

Vulnerable populations often do not feel represented or covered by the state. My role has always been to educate people on these issues, to demonstrate with clear examples that if we do things right, we can reintegrate women into a beautiful life.

Can you describe the context of the vulnerabilities that women in Peru face?

Many women in Peru suffer from sexual abuse and trafficking in many parts of our territory. There are high levels of corruption and there is little intervention by the state in these parts. Due to the low economic resources, women have been trafficked and women have been sexually violated by family members such as parents, siblings or grandparents.

This is a clear example of gender violence and that women in Peru, particularly those who are 8 years to 20 years old, are in a constant condition of vulnerability. The biggest problem in my community and in my country is indifference to cases of violence and trafficking. Vulnerable populations often do not feel represented.

What does Tejiendo Sonrisas do to prevent violence against women?

The first thing we do is educate people and create a public voice to report cases. Secondly, and very importantly, we do a complete job of social and labor reintegration, we act in this phase which provides women education and the possibility of working to generate their own income.

I believe our role in our community is to educate people on these issues, raise awareness about these issues that are rarely touched and known by our community, to encourage people to act and help us to stop these cases.

How has the YLAI Network supported you and helped further your mission?

Certainly by providing training platforms with extraordinary courses and the opportunity to engage and exchange experiences in congresses where I could meet people from all over the world and exchange what was applied in similar subjects in each country.

Any pieces of advice you would give to other social entrepreneurs in the YLAI Network?

May you always be clear about the mission and passion you have for helping your community. YLAI provides a lot of useful help ranging from training to living experiences, cultural and work exchange, so take advantage of it. This also allows these problems that affect vulnerable populations within our country to begin to be seen more clearly.

Hanz emphasized how YLAI has always helped him to be aware of the benefits of being a part of a network. This helps him to continue with his passions and address these problems in his community. He added that he will always want to connect with others who are working to combat violence against women in their community. 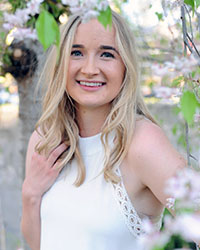 Elise Kemp is in Costa Rica studying human rights and policy in the context of Latin America while corresponding to the YLAI Network as a content management intern. She is a political science major at Whitworth University and has served in different NGOs in Costa Rica.