Illustrating how to be an ethical leader, with Senior Director for Leadership Ethics, Ann Skeet
By Young Leaders of the Americas Initiative
7 MINUTE READ 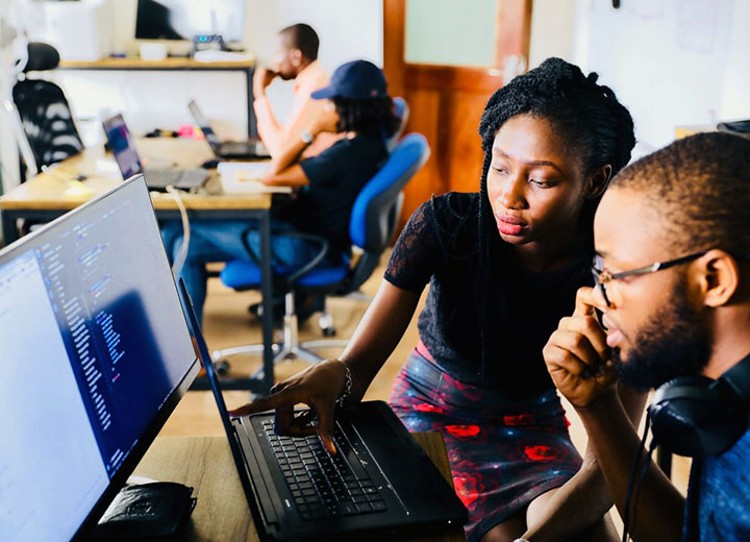 “More and more, leaders are being held responsible in their organizations,” says Ann Skeet, senior director of leadership ethics at the Markkula Center for Applied Ethics. Ann leads a leadership and business ethics program and launched the center’s program in social sector ethics programs. She also conducts research, writes, and speaks on the ethical dilemmas of leaders. She understands the impact that a leader’s values and character have on the livelihood of their organization and the employees within it.

Ann provides the YLAI Network an overview of the important ways individuals can lead ethically and responsibly and how they can set the framework for an ethical organization.

Self-reflection and self-assessment are the most important behaviors demonstrated in an ethical leader, Ann says. Leaders should ask themselves, “What can I do that would encourage ethics in my organization?” and they should reflect on their behaviors and their culture, understanding how they affect their organization and their peers continually throughout their careers.

Leaders who are solely focused on themselves do not perform as well as those focused on the well-being of the organization and the employees, as exhibited in a study measuring the moral principles of CEOs. CEOs who exemplified and demonstrated the traits of integrity, responsibility, forgiveness, and compassion saw stronger performance of their company over time.

Ann acknowledges that there are certain conditions that increase the likelihood that you can build a more ethical framework when developing a culture for your organization. These include establishing a sense of responsibility to society, recognizing that each person has their own moral autonomy, and setting up ethical deliberation. These conditions will give individuals the sense that they can foster ethics themselves, delegate and share responsibilities, and be a part of decisionmaking in the company. Individuals who invest in their sense of community and culture will influence the systemic promotion of ethical behavior.

The practice of ethical leadership

In Ann’s model, The Practice of Ethical Leadership, she establishes the six ways to influence an ethical workplace:

Creating a strong ethical culture requires leaders to invest in their community and help people to get a shared view, generally by establishing values and a mission statement or code of conduct that is created with all the company members involved. Leaders need to develop awareness and signal the virtues and values they have and develop policies early on, with shared beliefs, with those in mind.

Ann recommends that YLAI Network members understand and practice establishing this framework, at any stage in their professional life. She advises members to ask themselves questions about their values early on. Entrepreneurs can often be so focused on their various stressors and pressures that they tend to resist some things, such as establishing a code of conduct or investing in the development of mission and values.

However, individuals who take the time to establish an ethical framework for their business early on will see a stronger and more ethical organization. A leader who says “I am going to invest in ethics” at the start of their organization is going to see dividends in the long term.

Make sure to read more from Ann on ethical decision making, and keep up with YLAI for Integrity content to learn more about how to uphold ethical behavior and transparency in the workplace.