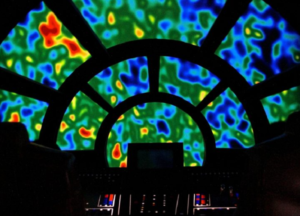 Sometimes the best business idea is right in front of you

A few years ago, Altuğ Acar, an engineer in Turkey, tried to send his friend a gift by Internet. It was cumbersome and time-consuming. Acar began to think about making online gift-giving “easier and fun.” Acar had worked for U.S. high-tech companies. His Silicon Valley background, he said, “gave me a vision for my own business.”

He developed an Internet site that allows users to purchase gift vouchers and send them to recipients through text messages, email or Facebook. The vouchers can be redeemed in physical stores, online or by telephone. In 2010, after signing eight merchants, Acar and his partner, now wife, Pinar Kart started their company Hediyemo in Turkey, years ahead of competitors in other parts of Europe. Capital and recognition came when Hediyemo won a 2012 business plan competition organized by private-sector partners and the U.S. State Department. Since then Hediyemo has gained many corporate and individual customers.

Passionate about swimming, Hind Hobeika needed real-time data on her heart rate and other swim-related measures to improve her performance. As she studied engineering at American University of Beirut, she tinkered with an idea for a wearable swimming monitor. But Hobeika didn’t think seriously about commercializing it until she qualified for the Qatar-based Stars of Science reality television show. “It’s changed my perspective,” Hobeika said. In Qatar, she developed Instabeat, a small piece of hardware that, strapped on a swimmer’s goggles, tracks heartbeat, calories burned and number of laps. With help from experts and mentors, she built a prototype.

With the Stars of Science prize and local investment, Hobeika launched her company in 2011. Instabeat’s design team is based in Beirut, and the device is assembled in China from U.S.-manufactured parts. Crowdfunding, or raising many small amounts of money on the Internet from a large number of people, has proved a boon. “The product has evolved a lot because of the feedback we got” from small Indiegogo investors, she said. In 2012, Hobeika got plenty of advice and made valuable contacts during a trip to California’s Silicon Valley sponsored by the State Department’s Global Innovation through Science and Technology program. The first batch of Instabeats has yet to hit the market. But already orders have come from more than 50 countries.

Gigliola Aycardi and Nicolás Loaiza couldn’t find decent jobs in Bogotá, Colombia, when they graduated from university with business degrees. Because their joint thesis was about marketing a gym, in 1998 they started one of their own. With no money for promotion, they installed floor-to-ceiling windows to make their gym equipment and exercising patrons visible to drivers of cars passing by. “We wanted the windows to be our banner, our ad,” Aycardi said. Their company, BodyTech, skyrocketed. Aycardi and Loaiza realized they were catching the wave of a healthy-lifestyle trend. At one point, they averaged one new franchised fitness center a month.