To get the world to fund your startup, start with your mom
By Young Leaders of the Americas Initiative
6 MINUTE READ

Peisy Ting’s relationship with crowdfunding began more than two years ago, when the Malaysian citizen quit her job in advertising.

“I started to feel burnt out,” she said. She wanted to find work that combined her design skills with an eco-friendly mission.

The palm oil industry, according to Ting, was the perfect match. In Malaysia, palm oil production generates 200 million tons of waste annually. Although this waste can be turned into paper, the methods have not reached commercial success.

The problem intrigued Ting, who created a sample line of stationery from palm oil waste. She called her new product line Palm Republik. To try to jump-start wider production of the stationery, she crowdfunded her idea, with a goal of raising $8,500.

Ting said she “dissected literally hundreds of Kickstarter projects and analyzed what worked and what did not.” She developed her business plan, mapped out incentives for campaign backers, and made an introductory video on her iPhone.

“Crowdfunding is about backing someone you don’t know,” she said. “Giving backers a window into yourself builds credibility.” 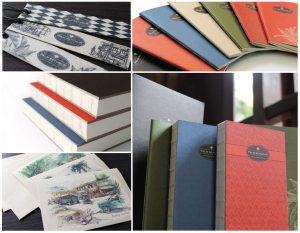 Looking back, Ting offered insights she found critical to success:

1.  Generate buzz to attract early backers. Convince family and friends to donate. Build a social media presence and send email to bloggers focused on your product or issue.

“The early pledges give your campaign momentum,” Ting said. If bigger backers see a campaign thriving in its early stages, they are more likely to think it is worth their investment.

2.  Do what it takes to keep your campaign visible.

A lack of page visits caused Palm Republik to slide down Kickstarter’s active campaign list. To reverse this, Ting said she emailed her friends and backers to “revisit my project and make a comment or share it with their friends to [revive] its popularity rankings.”

In the end, Ting raised 20 percent more than her goal and was the first Malaysian to have a Kickstarter campaign clear $10,000. Palm Republik now has products in eight retail shops and is fulfilling several custom-made orders. But Ting wants to expand. She plans to launch a second campaign with a goal of $25,000.

How to wow the crowd

Andrew Dix is the co-founder of Crowdfund Insider, a news website covering the industry of alternative finance. Dix travels worldwide to speak on crowdfunding. Here, he offers his advice:

If you’re new to crowdfunding …
take Ting’s approach and review similar campaigns to get perspective on your campaign. There are also online platforms, such as Krowdster, designed to help improve your campaign.

The number one reason for failure is …
not having enough backers lined up before you launch. People think their campaign is amazing and that strangers will, of course, support it. It doesn’t work like that. One-third of backing comes from people you know, another third from those people’s friends. Get those commitments first — then you have a shot at attracting a third of your financing from a crowdfunding platform.

To build your network of backers …
take a tip from Ting, who reached out to niche blogs that might write about her project. As she looks to running a bigger campaign, she might look into hiring a marketing company. She could package the cost of the marketing firm into her crowdfunding goal.

It’s imperative to …
make a video, but keep it brief — under five minutes — and include what the campaign hopes to achieve and information about you.

The worst thing to do is …
to go inactive. Communicate with your backers, even if things go badly. Give updates. Answer questions. If product delivery is late, explain. Otherwise, people will think you are a fraud. Transparency is integral to the success of crowdfunding.