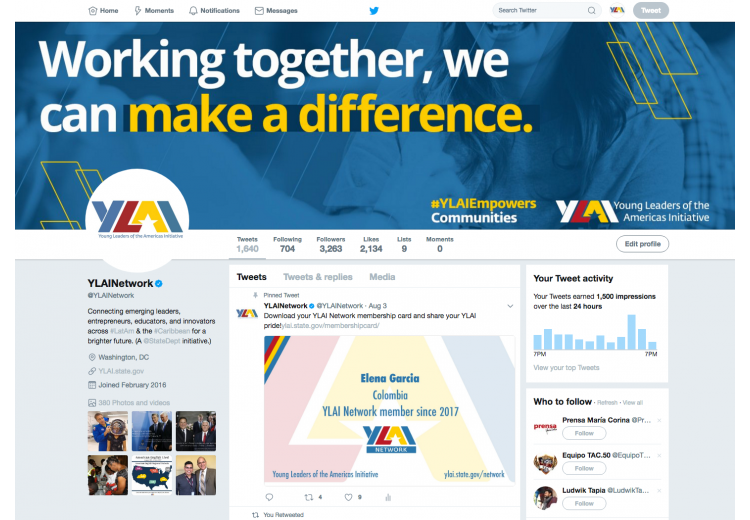 Twitter is often used for instantly spreading news and information. It can be compared to a news channel — you can discover news as it’s happening, learn more about topics that are important to you and get the inside scoop in real time.

If you have something quick to say and have the capacity to say it often, Twitter could be your platform of choice. Twitter is also heavily used for live tweeting and live events.

The most effective way to share stories on Twitter is to plan ahead by building an editorial calendar and scheduling your tweets in advance with applications like Hootsuite, TweetDeck or Buffer. Plan to post at least three tweets per day. Short and simple text and photos work best.

You can maximize your visibility on Twitter by starting discussions with influential people, posing questions, following others and using relevant hashtags in your tweets. A hashtag, which has the symbol # placed before the relevant keyword, is used to categorize tweets by keyword.

One of YLAI Network’s hashtags of choice is #YLAIEmpowers, which helps you to join conversations on certain topics of interest to the YLAI community and to reach out and engage with other YLAI Network members and Twitter users.

For more information and tips for your professional development, visit the YLAI Network’s Tools & Resources page. You can also take a free online course through YLAI Empowers.

This article is adapted from Hatch for Good’s “Guide to Twitter.” Hatch for Good was a platform that provides people and organizations with the tools they need to create powerful stories and inspire positive action in the digital age.