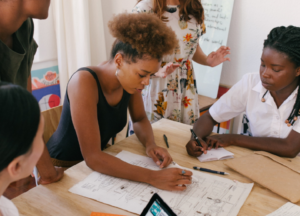 Prioritizing an equitable workforce is one of the critical factors that grow an organization to be more successful. Businesses have a healthier workforce, higher productivity and greater profitability when focusing on equity, diversity and inclusion. Factors such as unconscious bias can be a prominent barrier to this growth.

Unconscious, or implicit, bias refers to the underlying attitudes or beliefs about other individuals or groups, based on identity traits, outside our own conscious awareness.

It is vital for entrepreneurs and aspiring leaders to understand unconscious biases that may be present in their journey to growing their business or organization. They are an integral part of eliminating and mitigating bias in their community. Here is what young leaders need to know about implicit bias.

Bias shows in many forms

There are many different types of bias, and given that many of them are unconscious, they are also invisible or difficult to see. Some common forms of bias include similarity bias, affinity bias, and conformity bias, but other forms of prejudice based on bias can include age bias, gender bias, ethnicity bias, racial bias, and name bias. Biases can affect every aspect of a person’s life, including education and career trajectory. These are particularly evident in hiring practices.

Biases can affect our behavior and treatment of others, hiring of qualified candidates, and respect for employees and partners in the work environment. Biases can lead to acts of discrimination and overall low morale. Access the YLAI Network’s workbooks on responsible leadership and partnerships and allyship to learn more about the forms of biases and their impact.

By learning about these often unseen biases and educating yourself about these behaviors, you are taking the first step in mitigating the effects of these biases.

When workforces and entrepreneurs place greater emphasis on mitigating the effects of bias, they are more likely to create a more diverse and inclusive workplace and stronger and more resilient businesses. In order to overcome the unconscious biases we have held in the past, we must reflect on where those biases have been learned and work to diminish them.

There are necessary steps to mitigating bias

When starting or reviewing your own business or organization, here are a few steps to keep in mind to make mitigating bias an important part of your strategic plan and your day-to-day workplace environment:

Make sure to stay tuned for resources in the YLAI4All initiative to continue your investment in prioritizing diversity, inclusion, and equity in your workplace, making for a stronger business.